I descended on the Moon eight hours ago, along with two other fellow astronauts in the Nicte module, a two-stage spacecraft launched from Earth on a rocket like the Saturn V. The Nicte is similar to the  Apollo Lunar Module of the seventies, moreover larger and technologically advanced, in terms of space navigation and comfort for astronauts.
The three of us believe that without any problem, we will walk on the Moon and explore it with our rover, within a  perimeter of 3 km around the module. Also, that the food, equipment, energy and tools for scientific explorations will allow us to stay here for at least a week, and that the Nicte will take us back to Earth, when we will be ready. The entire trip was carefully planned months ago; nothing to fear.

Day 1 (Monday, April 8, 2024)
This is the date of the landing I wrote in the log of the Nicte, including the selenographic coordinates of the site: 89 degrees South, 75 degrees West. We landed on a tiny valley 3 kilometers northeast of the edge of Shackleton crater, between this and Shoemaker crater, almost at the south pole of the Moon.


Lise Valley is the name I gave to this valley in honor of the physicist Lise Meithner, member of the team that discovered nuclear fusion, and perhaps because she was a woman, was not considered to share the 1944 Nobel Prize. Well, these is a commander's prerogative, when the mission returns to Earth, I will submit the name for consideration to the International Astronomical Union.

The expedition goals are to assess the conditions and prepare everything necessary for a first landing, within 18 months, inside the eternally dark Shackleton crater. In two days, we’ll climb to its ridge, go down to the bottom the next day, and conclude a thorough exploration in less than a week.
The Moon landing was precisely planned on the exact date of the new moon, as viewed from Earth and as we expected and learned in the training classes, the region is in a dim twilight in spite of the lunar phase, which does not allow to see this natural satellite from our planet. However, from the Lise Valley you can see the cusps of the neighboring craters, illuminated by the soft glowing light of the Sun. They resembled the decayed teeth of a giant whose oral cavity we can’t see, and so both will remain like that forever.
Suddenly an alarm sounds in the Nicte, and a digital clock lights up, its dial shows 16:39 (Universal Coordinated Time on Earth). Now we do not recognize the reason for the alarm, but Nicte's computer speaker reminds us:

--Total Solar Eclipse, Saros 139. The shadow cone will travel across the Pacific Ocean, enter the American continent through Mazatlán in Mexico, continue to Texas and go out into the Atlantic Ocean via New Brunswick in Canada. Its maximum will be at 18:17 UCT and will end at 19:55 UCT.--

After this message, we talk about how lucky our crew is, being the first three earthlings who will be in position to observe the path of a total eclipse of the Sun from Earth’s natural satellite. We will have first row chairs on the Moon, right at the very origin of the shadow cone that will paint with darkness a strip of umbra and penumbra on the surface of the Earth.

Paola, the first officer, tells us that from our position, on the side of the Moon that always faces the Earth, our planet looks fixed in the sky -rotating but not revolving-. That’s why we won't see the end of the since the effect of that Earth’s rotation will hide it from our eyes the Eastern United States at 19:02 UCT.

Sergei, the mission specialist is a geologist and tells us that if we were native inhabitants of the Moon (selenites but not lunatics), we would surely say that
--today is Full Earth--.
And like on a lunar eclipse on the Earth, we are at night, notwithstanding at the south pole of the Moon we experience a soft twilight. Consequently, from the near side of the Moon, we might see the three regular types of solar eclipses on the surface of the Earth, partial, total, and annular, even hybrid eclipses.

However, Sergei tells us that a solar eclipse on the Moon, during --New Earth phase--, would be something exceptional, because of its duration, size and level of darkness. This is because the Earth would cover the Sun more deeply and the size of the shadow on the Moon is larger and the eclipse last more minutes. Moreover, the shadow bands, hues and diamond ring effect will be extraordinary because of Earth’s atmosphere and high mountains. The three of us discussed how much we'd like to be at Mare Serenitatis the date of such a type of solar eclipse.
The viewing impact we got watching the Earth rotating but fixed at a point in the sky is unforgettable. A curious rotation without moving on its orbit as if our beautiful blue marble is whirling on the finger one of those basketball players, but at the same time the background stars are slowly revolving, behind her.

Day 2 (09/04/2024)
Today we rest, study and prepare for tomorrow’s tasks. We wrote the report on yesterday’s eclipse and review some orbital and physical data of the Moon. For example, the 5.1 degrees plane tilt of its orbit relative to the ecliptic and the 1.5 degrees obliquity of the axis of rotation with respect to the orbital plane. Because of these two conditions the sun's rays are almost parallel to the surface at both poles most of the time, and that consequently the ridges of polar craters remained somewhat illuminated.
Nevertheless, the bottom of the polar craters is completely hidden, in permanent darkness, no matter the lunar phase. We'll see that tomorrow.
To this eternal darkness contributes the faint - almost absent lunar atmosphere, perhaps the closest thing to what we know as emptiness.
This lack of atmosphere attenuates diffuse light, which is then only caused by the reflection of the dark soil. Thus, the bodies that receive the sun's rays directly are resplendent, while those that do not receive light, as the bottom of Shackleton crater, are in total darkness.
We don’t experience such unusual situation on Earth, since our planet atmosphere diffuses sunlight, and allows us to see a little bit of our surroundings, even if we are inside a closed room that has at least one small window.

Day 3 (10/04/2024)
Paola and Sergei dressed in their astronaut suits, are unloading the necessary equipment from the Nicte, including the rover, that will transport them to a low wall of the crater. There they climb the slope, get to the top and conduct the first exploration of the perimeter, a walk in the park.
I will stay, on my trousers, inside the module, to monitor and maintain constant communication with the two explorers. The next day, Paola and I will climb to the top of the crater, go down to the bottom and continue with the routine of recognition, data and sample collection.

Day 4 (12/04/2014)
Paola and I are awake and partially recovered at 03:24. Outside the Nicte you can see the eternal clarity of Shackleton’s cusps, inside it and in eternal darkness, there is a whole dilemma for us: How will we find Sergei?
Decided to complete the mission and at the same time look for our geologist, we used the rover, jetpacks and ropes to quickly move to what was left of the rocky ledge inside the crater, where the accident occurred.
The two of us continue the descent in the supposed direction of Sergei's fall, sometimes illuminating the way with the lamps.
After 20 minutes we reached the bottom and there we find an unmistakable sign of the end of our partner's fall trajectory. The battered glove of his left hand with his index finger, partially trapped in a small block of frozen water. Possibly some ice from the bottom was melted by the energy of the impact and refrozen almost immediately, due to low pressure. Next to the glove, we saw an irregular drag footprint of about two meters long, where newly removed ice crystals, mixed with fine lunar regolith and small rocks, but curiously ends abruptly.
It can be seen unequivocally, that beyond this footprint and in all directions the bottom of the crater has not been altered.
We got together, taking care to walk alone over our own footsteps, we use the lamps at full power and illuminate the scene in all directions.
Nothing..., everything seems to be unchanged five meters around. You only see the typical floor of a lunar crater, but there is no Sergei, nor any other piece of his suit, or equipment, there is no clue of its possible fate. For us it has mysteriously disappeared. --What can we do, says Paola? --
We look at the gauges of our suits and realize that there is just the oxygen needed for a quick return, this if we rise with the jetpacks, which we hope will have the power to do so.
Over a quickly stacked rocks, which we can hardly see we place Sergei's glove and Paola's radio beacon, whose --beep-beep-beep-- we begin to hear in our helmet’s speakers.
After two hours we're back at the Nicte. We take the decision that there will be no day 5 and immediately return to Earth.
After obtaining a clear sign from the Space Center and inserting the parameters of the return trajectory into the computer, we soared the crater. On the speakers of our spaceship we continue to listen that increasingly weaker --beep-beep-beep--.
Might Sergei also perceive them, wherever he is? We'll never know.
Now from up here, we only have to say hello and goodbye to our friend and fellow cosmonaut, with a mixture of sadness, respect and joy. We're going back to Earth, on a bumpy mission, almost accomplished.
Away from the eternal light and darkness of the Moon South Pole. 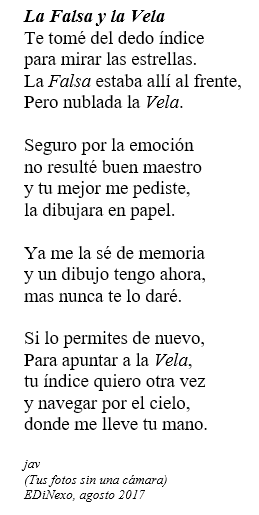 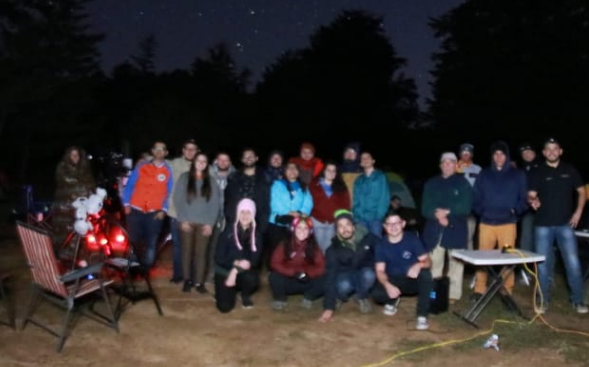 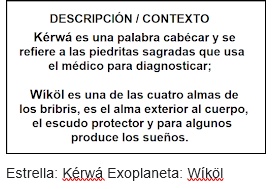 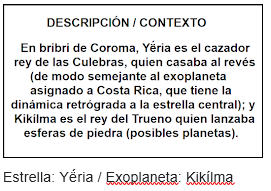 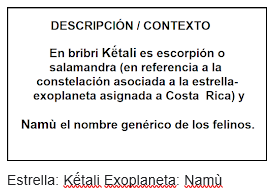 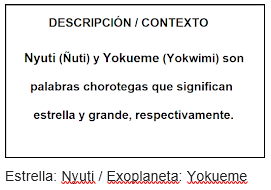 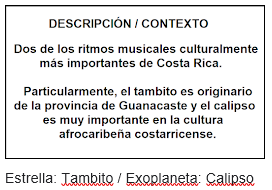 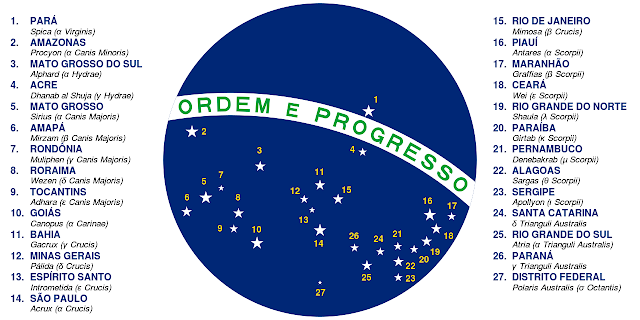 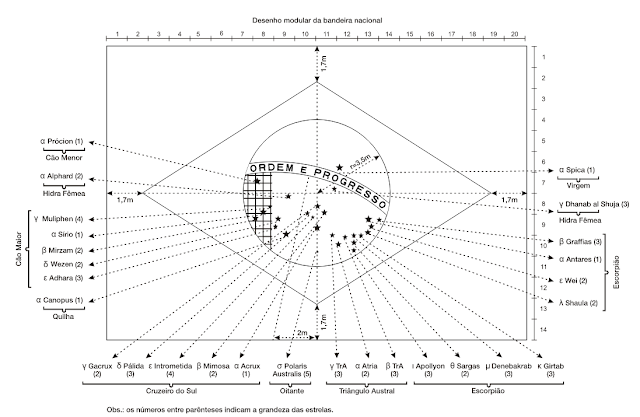